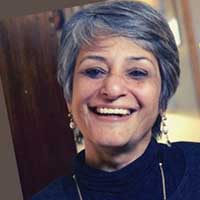 Preeti Gill is an independent literary agent who has more than 20 years experience in the publishing industry as a commissioning editor and rights director. Gill has travelled extensively in the North East of India and written on issues of conflict and women. She is the editor of The Peripheral Centre: Voices from India’s Northeast as well as Bearing Witness: A Report on the Impact of Conflict on Women in Nagaland and Assam. Her writing has appeared in numerous journals and anthologies including 1984 in Memory and Imagination. Her documentary Rambuai: Mizoram’s ‘Trouble’ Years, co-produced with Sanjoy Hazarika, was released in September 2016. She has edited She Stoops To Kill, an anthology of murder stories by women as well as Insider/ Outsider: Belonging and Unbelonging in India’s Northeast. Her edited volume of non-fiction writings on Punjab will be published this year.

The Princess and the Political Agent

The Sahitya Akademi award-winning Manipuri author Binodini's book was recently translated into English as The Princess and the Political Agent by her son L. Somi Roy. A moving and evocative novel, it is based on the love story of her aunt Princess Sanatombi and Lt. Col. Henry P. Maxwell, the British representative in the subjugated Tibeto-Burman kingdom of Manipur. Woven together with a deep sense of sorrow, empathy and wit, the tale follows a forbidden love story in the midst of the Anglo-Manipuri war of 1891 and unfolds Manipur's complex relationship with India and the British Raj. In conversation with editor and literary agent Preeti Gill, Roy unfurls a tragic account of love, war and pride while exploring the many nuances of the translation.