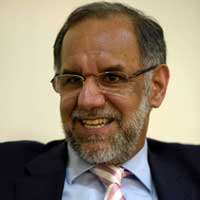 Navdeep Suri has served as India’s Ambassador to UAE, High Commissioner to Australia, Ambassador to Egypt and Consul General in Johannesburg. He has also held diplomatic assignments in Tanzania, UK and the US and has headed the Africa and Public Diplomacy departments of the Ministry of External Affairs. After acclaimed translations of his grandfather Nanak Singh’s novels Pavitra Paapi as The Watchmaker and Adh Khidya Phul as A Life Incomplete, he has worked on Khooni Vaisakhi – a long poem written by Nanak Singh in 1920 after surviving the Jallianwala Bagh massacre.