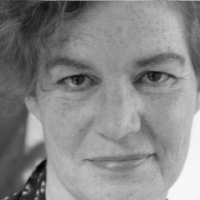 Ulrike A. Sandig and Karen Leeder in conversation with Anjum Katyal

Writer and independent filmmaker Uday Prakash has been described as ‘one of India’s most original and audacious writers’. A major voice in contemporary Hindi literature, his themes focus on the human and political contradictions of modern India. Academic Robert Hueckstedt has translated Prakash's short stories into English as 'Rage Revelry and Romance' and 'Short Shorts Long Shots'. Writer and translator Jason Grunebaum has translated much of Prakash’s work into English, including 'The Girl with the Golden Parasol' and 'The Walls of Delhi'.

Let me Pop up

×
Thank to pop me out of that button, but now i'm done so you can close this window.