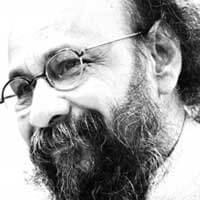 Joy Goswami’s first poetry collection was published when he was 22 and brought him immediate critical acclaim. One of the most powerful poets in the post-Jibanananda Das era of Bengali poetry, Goswami has published nearly 50 titles, including a novel in verse and several collections of critical essays. Among his many awards are the Ananda Puroshkar (which he received twice), the Bangla Academy Puroshkar, the Sahitya Akademi Award and the Lifetime Achievement Award from the Bharatiya Bhasha Parishad in 2011. Goswami has been a voice against violence, war and genocide. In 2001, he was invited to the prestigious International Writing Program at the University of Iowa and in 2010, to the Almost Island dialogues held in Beijing and Shanghai.