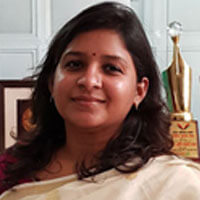 Arun Maira has an unusual combination of hands-on leadership experience in the private sector, in government and in the social sector. He was a member of India’s Planning Commission from 2009-14. He is a thought-leader on processes of institutional transformation. He is the author of several books, including Transforming Systems: Why the World Needs a New Ethical Toolkit, and Listening for Well-Being: Conversations with People Not Like Us. Chandrahas Choudhury is the author of the novels Arzee the Dwarf, Clouds, and Days of my China Dragon, and editor of the anthology India: A Traveller's Literary Companion. He is also a Creative Writing mentor at the University of Iowa's Summer Institute programme and Honourary Distinguished Professor at KR Mangalam University. Easterine Kire has written nine novels and novellas, winning the Hindu Prize in 2015 and Tata Book of the Year in 2017 and the Sahitya Bal Puraskar in 2018. She has also published a number of poetry volumes and children’s books. Kire holds a Phd from Poona University. Kabir Bedi’s credits include starring with Michael Caine in Ashanti and Roddy McDowell in Thief of Baghdad and playing the title role in the Italian film The Black Pirate (Il Corsaro Nero). On American television, he has acted in Highlander, Murder She Wrote, Magnum, PI, Dynasty and many HBO mini-series. On stage, he starred in John Murrell’s Taj at the Luminato Festival in Canada and MM Kaye’s Far Pavilions in London’s West End. In India, he has done close to 70 Bollywood films, famously starring with Rekha in Khoon Bhari Maang. Bedi lives with his wife Parveen Dusanj, a producer, in Mumbai.
Watch Now
Thursday, 07th January | 7:00 PM IST

Mirrored Words: The Craft of Translation

“Because moving from one language to another is challenging, it requires not just translating words but an entire culture.”

Distinguished writer, editor and translator Poonam Saxena has always had a way of weaving magic with her words and is widely known for launching Hindustan Times’ Sunday magazine, BRUNCH. Her illustrious career includes translations of works such as Dharamvir Bharati’s Gunahon Ka Devta and Rahi Masoom Raza’s Hindi novel Scene 75 to English. Her latest book The Greatest Hindi Stories Ever Told features legendary Hindi writers, from stalwarts like Bhisham Sahni, Kamleshwar and Rajendra Yadav to other formidable writers such as Mohan Rakesh and Krishna Sobti. In a conversation with publisher and Managing Trustee of the Vani Foundation, Aditi Maheshwari Goyal, Saxena speaks of the process and practice of translation along with the discipline and aesthetics of voice and interpretation.