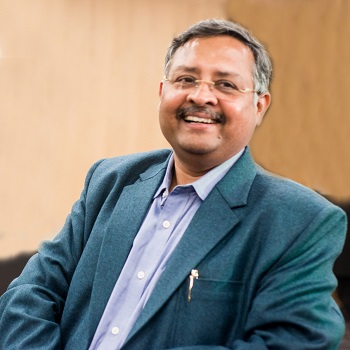 Arun Maheshwari is the Managing Director of Vani Prakashan Group and Chairman of Vani Foundation. He has showcased Hindi literature in more than thirty-two countries, and among numerous awards, has received the Medal of Honour at the National Library, Sweden, and by the Ambassador of Norway to India, for his contribution to the field of literature and Indo-Swedish and Indo-Norwegian literary translations. As the Chairman of Vani Foundation, he has institutionalised India's first Vani Distinguished Translator Award and the Hindi Mahotsav, a literature festival dedicated to Hindi language and literature. Under his leadership, Vani Prakashan has entered its 59th year in 2022, having published over 7000 books in more than 32 genres, across 8 Indian languages.