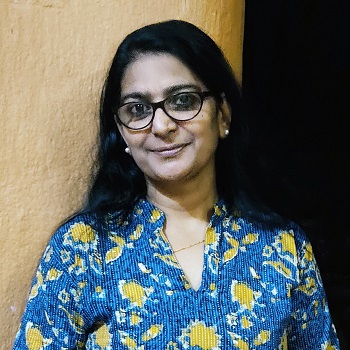 Anitha Thampi is a Malayalam poet who has been translated into many Indian and foreign languages. She has published four collections of poetry to significant critical acclaim. Her translations into Malayalam include writings of Juan Ramón Jiménez, Carlo Collodi, Les Murray and Mourid Barghouti. She lives in Thiruvananthapuram, Kerala.