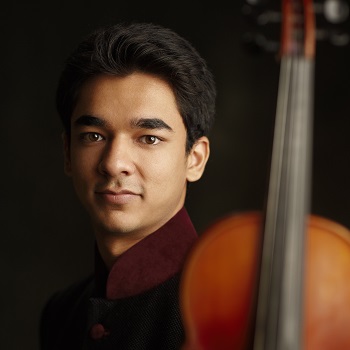 Ambi Subramaniam, hailed as “the new king of Indian Classical violin” and “India’s Itzhak Pearlmann", has been trained by his father and guru, Dr L Subramaniam, since the age of three, and gave his first stage performance at the age of seven. He has received the Ritz Icon of the Year Award, the Rotary Youth Award, and was named among GQ's 25 Most Influential Young Indians in 2021. A youth delegate at the United Nations for the Sri Chinmoy Peace Meditation group, Subramaniam recently completed his PhD on creating a global violin technique. He has co-authored over 20 textbooks and was a featured soloist in the background score of the film Sardar Uddham, composed by Shantanu Moitra.