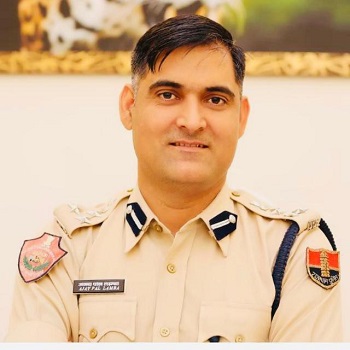 Ajay Pal Lamba is a member of the Indian Police Service (Rajasthan cadre), and a former Electronics and Communications engineer. Since 2005 he has worked as Superintendent of Police in the districts of Jhunjhunu, Pali, Jaipur rural, Jodhpur, Udaipur and Alwar. As DCP Jodhpur, he supervised the investigation leading to the arrest of the infamous Saint Asharam Bapu in 2013 for the sexual assault of a minor girl. He is the author of the book Gunning for the Godman, published by HarperCollins.