HIGHLIGHTS
The annual Jaipur Literature Festival announced today its much-awaited first list of speakers for its 13th edition, which will take place from 23-27 January 2020 at its beautiful and customary home - the historic Diggi Palace Hotel in Jaipur.

Described as the ‘greatest literary show on Earth’, the Jaipur Literature Festival is a sumptuous feast of ideas. The past decade has seen it transform into a global literary phenomenon having hosted nearly 2000 speakers and welcoming over a million book lovers from across India and the globe.

The Festival’s core values remain unchanged: to serve as a democratic, non-aligned platform offering free and fair access. A true champion of literary and artistic traditions and democratic discourse, the Festival brings together a diverse mix of the world’s greatest writers, thinkers, humanitarians, politicians, business leaders, sports people and entertainers on one stage to champion the freedom to express and engage in thoughtful debate and dialogue, and promotes, above all, a love for literature.

The first list of 25 speakers released today includes Anand Neelakantan, author, columnist, screenwriter, television personality and motivational speaker, who has signed a three-book series deal with the producers of the blockbuster film Baahubali; Anosh Irani, the author of The Bombay Plays: The Matka King & Bombay Black, who was a finalist for the Canadian Governor General’s Literary Award for Drama; Asma Khan, the first British chef to feature in Netflix’s Emmy-nominated Chef’s Table; Ben Judah, the author of Fragile Empire, the Financial Times Summer Book of 2013; Brian Aivars Catlos, author of four scholarly books, cluding most recently Kingdoms of Faith: A New History of Islamic Spain.

The list continues with Chitra Mudgal, the first Indian woman to receive the Vyas Samman for her acclaimed novel Avaan; Frank Dikötter, author of a dozen books on modern China, including Mao's Great  Famine, winner of the Samuel Johnson Prize for Non-Fiction in 2011; Hallie Rubenhold, bestselling author whose latest book The Five, has been longlisted for the Baillie Gifford Prize and shortlisted for the Crime Writer’s Association Gold Dagger; Howard Jacobson, recipient of the 2010 Man Booker Prize for his book The Finkler Question; Jung Chang, author of the bestselling books Wild Swans: Three Daughters of China, Mao: The Unknown Story (with Jon Halliday) and Empress Dowager Cixi: The Concubine Who Launched Modern China; Keki N. Daruwalla, winner of the Sahitya Akademi Award; Kent Nerburn, widely known for his insights into Native American culture, whose trilogy Neither Wolf nor Dog, The Wolf at Twilight and The Girl Who Sang to the Buffalo are core works in multicultural curricula throughout the world; KR Meera, winner of the Kendra and Kerala Sahitya Akademi awards whose novel Aaraachaar has sold around 150,000 copies and its translation, Hangwoman, shortlisted for the DSC Prize.

They are joined by Kunal Basu, the author of The Japanese Wife, the lead story of which was made into  an award-winning film; Maaza Mengiste, author of Beneath the Lion's Gaze, selected by The Guardian as one of the 10 best contemporary African books; Marcus du Sautoy, author of six books, including the recent The Creativity Code and a Professor of Mathematics at the University of Oxford; Mishi Saran, author of The Other Side of Light, who shortlisted for the Commonwealth Book Prize; Nilanjana S. Roy, author of the award-winning fantasy novel The Wildings; and Om Swami, the brain behind the fastestgrowing meditation and kindness movement in the world, Black Lotus.

There’s also Raj Kamal Jha, award-winning journalist, internationally-acclaimed for his novels which have been translated into more than a dozen languages; Sara Rai, author of Im Labyrinth which won the Coburg Rückert Prize 2019 for its German translation by Johanna Hahn; Stephen Greenblatt, recipient of the Pulitzer Prize; Shubha Mudgal, veteran Hindustani vocalist, who has written a collection of short stories which revolve around the music that has nurtured her; Suketu Mehta, author of Maximum City: Bombay Lost and Found, which won the Kiriyama Prize and the Hutch Crossword Award, and a 2005 Pulitzer finalist; Vishal Bhardwaj, acclaimed film director, writer, composer and producer, who published his first book of poems titled Nude in 2018.

The Festival will open as usual with its B2B arm, Jaipur BookMark (JBM), now in its seventh edition, with a full day of programming on 22 January at Diggi Palace followed by sessions at a edicated JBM venue at the Festival Hub from the 23-25 January. JBM will continue to bring together a wide range of publishers, literary agents, writers, translators, translation agencies and  booksellers from across the world and give them an opportunity to meet, talk business and listen to major global industry players.

Namita Gokhale, writer, publisher and Co-director of the Jaipur Literature Festival, said, “The upcoming edition of the Jaipur Literature Festival arrives with the same magical promise of books and authors, ideas and creativity, generating a collective intellectual energy unparalleled anywhere. We have a stellar lineup of authors from India and around the world, including celebrated chef Asma Khan, classical singer Shubha Mudgal with her acclaimed new collection of short stories, brilliant Hindi writer Sara Rai, mathematician and science writer Marcus du Sautoy, writer and journalist Ben Judah, and so very many others. Vision 2020 will be a new voyage of discovery to help us understand and reflect on the ever-changing world around us.”
William Dalrymple, writer, historian and Co-director of the Jaipur Literature Festival, said, "This is unquestionably one of the best lists we've ever gathered: five days of non-stop genius. Can't wait to see everyone there!"

Sanjoy K. Roy, Managing Director of Teamwork Arts who produce the Jaipur Literature Festival, said, “At Jaipur Literature Festival in 2020, we look forward to strengthening our core  values- to create a platform that celebrate ideas, reaches out to young people and allows them free access to knowledge and education This year Teamwork Arts has extended the Festival into two overseas locations, Belfast and Toronto by making the Festival more accessible and taking India to the world!”

While entry to the Festival is free and open to all, attendees can choose to purchase Delegate Packages, which offer a special experience of the Festival and take them on a compelling cultural journey.

As a former Festival Delegate said, “A wonderful experience. As a delegate, I had the opportunity to meet people from all parts of the world and share our love of literature and writing. The concerts were amazing - the venue, music, food and people combined to create an unforgettable experience.”

In addition to enjoying the Festival programme, Delegates get access to the Delegate Lounge, reserved seating at selected sessions, free entry to the Music Stage, invites to special heritage evenings, shop at the Festival Merchandise Area, lunches with authors and fellow delegates, a cocktail evening and much more.
~~ ENDS ~~

Information on Registration for the Jaipur Literature Festival can be found here:
https://jaipurliteraturefestival.org/registration

Every year, the Festival brings together a diverse mix of the world’s greatest writers, thinkers, humanitarians, politicians, business leaders, sports people and entertainers on one stage to hampion the freedom to express and engage in thoughtful debate and dialogue.

Writers and Festival Directors Namita Gokhale and William Dalrymple, alongside producer Teamwork Arts, invite speakers to take part in the five-day programme set against the backdrop of Rajasthan’s stunning cultural heritage and the Diggi Palace in the state capital Jaipur.

The Jaipur Literature Festival is a flagship event of Teamwork Arts, which produces it along with over 25 highly acclaimed performing arts, visual arts and literary festivals across more than 40 cities globally.
Website: www.jaipurliteraturefestival.org

The arts of India are unrivalled in their depth, diversity and mystery and showcasing it to global audiences requires a deep understanding of our culture, an acute sense of relevance in rogramming and an unflinching attention to detail. Above all, we at Teamwork Arts believe in love and respect for the artist.

Teamwork Arts is a highly versatile production company with roots in the performing arts, social action and the corporate world. Our expertise lies in the area of entertainment and includes documentary and feature films , television, the conceptualisation and development of contemporary performing/visual arts and literary festivals around the world, and in nurturing new talents across all art forms.

For over 25 years, Teamwork Arts has taken India to the world and brought the world to India, presenting the finest of Indian performers, writers and visual artists in the cultural and art space in India and abroad.

Our musical extravaganza, Bollywood Love Story: A Musical, continues to tour the world and has sold out shows in Austria, Germany, Netherlands, South Africa, Spain, Switzerland and Egypt.

Our international festivals in India have included the bi-annual Bonjour India, a festival of France with more than 200 events across 18 cities in India and featuring over 250 artists, designers, researchers and entrepreneurs, and OzFest, a festival of Australia in India. 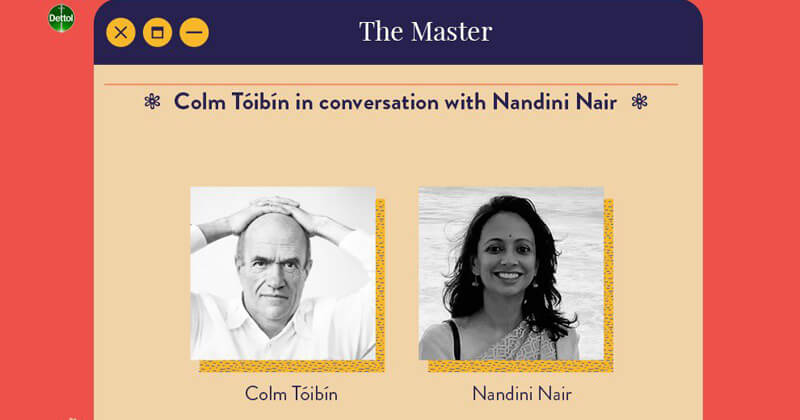 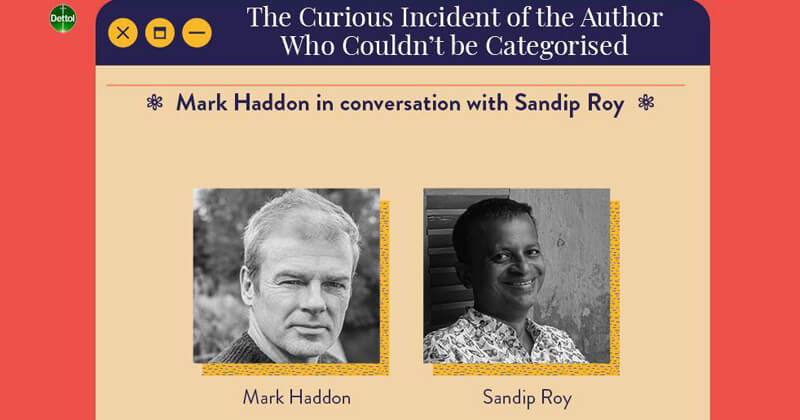 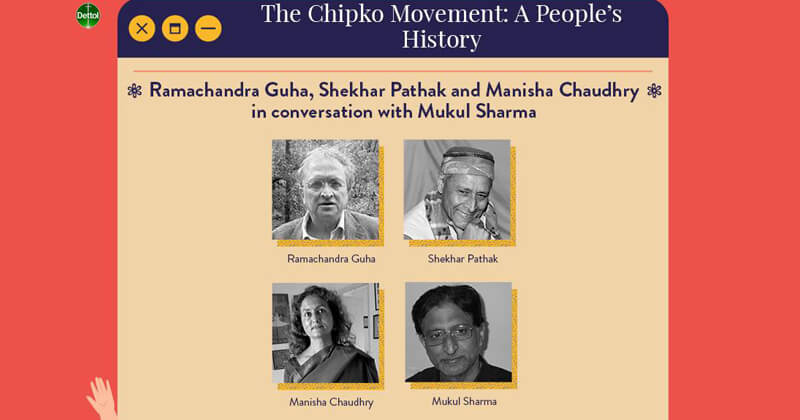 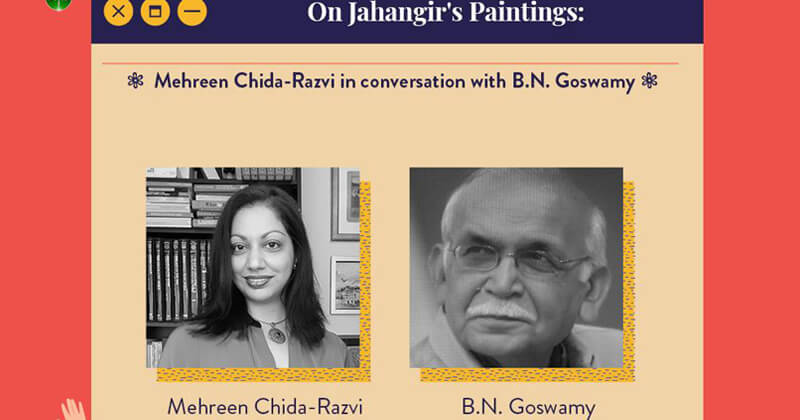