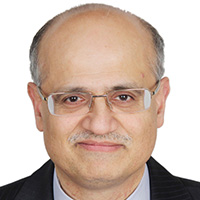 Vijay Gokhale, former foreign secretary and author of Tiananmen Square: The Making of a Protest, journalist Amish Raj Mulmi, author of All Roads Lead North: Nepal's Turn to China, and prolific author and diplomat TCA Raghavan examine the multilayered nuances of the chequered relationship between India and China. Gokhale who went on to become India's Ambassador to China, in his recent book, revisits his time in Beijing as a young official at the time of the Tiananmen Square Massacre. The events in the summer of 1989, which saw Chinese troops fire mercilessly at demonstrators, set the course of China’s politics over the next few decades. He speaks of this defining moment and China's relationship with its neighbours and the world. Amish Raj Mulmi’s recent work is steeped in long-range historical perspective and scrupulous reportage. The narrative examines Nepal’s changing relationship with its two imposing neighbours and its shift towards China as a new primary bilateral partner. In conversation with TCA Raghavan, Gokhale and Mulmi search through paradigm shifts and current geopolitics to understand the present and the future.