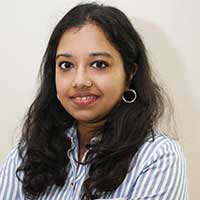 Suprita Das has been working as a sports media professional for close to 15 years now. A decade of that was spent as a Sports Correspondent and Anchor at NDTV. During her stint, she covered multiple Commonwealth, Asian and Olympic Games as well as World Cups in cricket and hockey. Das is the author of two books, Shadow Fighter, the biography of Indian boxer Sarita Devi and Free Hit, the story of women's cricket in India, which recently won a national award. She currently heads Communications at the Delhi Capitals IPL franchise and writes on sport for various publications occasionally.

Sunil Gupta and Suprita Das in conversation with Keshava Guha

Even in the most divided times, the nation's romance with cricket has been a strong unifying force. But what does this obsession stem from? What is this power that has the Indian population holding their collective breaths in front of the screen? Journalist and author Suprita Das' book, Free Hit: The Story of Women's Cricket in India, addresses the many challenges faced by the women's cricket team. Sunil Gupta's book, Final Innings, is a fictional account of the life of a player in the Indian cricket team. Writer and journalist Keshava Guha is an ardent fan and writes extensively on the many nuances of the sport. Examining the magic of cricket through the lens of fact and fiction, a session which explores the spirit of the game and the place it holds in our collective imaginations.