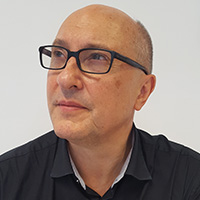 Roger Highfield is the Science Director at the Science Museum Group. He studied Chemistry at the University of Oxford and was the first person to bounce a neutron off a soap bubble.

Highfield was the Science Editor of The Daily Telegraph for two decades, and the Editor of New Scientist between 2008 and 2011. He is a member of the Medical Research Council, a Fellow of the Academy of Medical Sciences and a visiting Professor at UCL and Oxford.