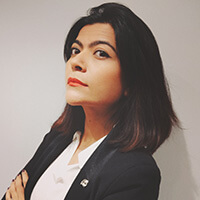 Pragya Tiwari is a journalist who has written extensively on politics, identity, policy, and culture, and edited publications such as Tehelka, The Big Indian Picture and Vice. She currently works as a policy and culture consultant. She is the Co-founder and editor of the Indian History Collective.

Born A Muslim: The Population Myth

SY Quraishi and Ghazala Wahab in conversation with Pragya Tiwari

Presenting a compelling and detailed account of the Muslim community in India, SY Quraishi and Ghazala Wahab unravel the politicisation of their faith from two different frontiers. Quraishi's latest book, The Population Myth: Islam, Family Planning and Politics in India,critically analyses the attempts at stoking majoritarian fear around the supposed exponential growth of the Muslim population. Based on impeccable research of the Quran and the Hadith, the book highlights that Islam is one of the first religions in the world to advocate smaller families. Wahab's latest book, Born A Muslim: Some Truths About Islam in India, follows the evolution of Islam through the region while delving into the reasons behind the staggered socio-economic and intellectual growth of Indian-Muslims. Weaving together personal memoir, history, reportage and scholarship the book unravels the stigma around the community and the roots of their vulnerability and insecurity. In conversation with writer and columnist Pragya Tiwari, they present an eye opening account of one of the most diverse communities in India.