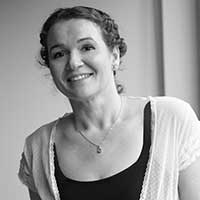 Karen Jennings is a South African author. Her debut novel, Finding Soutbek, was shortlisted for the inaugural Etisalat Prize for African Fiction. Her memoir, Travels with my Father, was published in 2016, and in 2018 she released her debut poetry collection, Space Inhabited by Echoes. Currently living in Brazil, last year Jennings completed post-doctoral research at the Federal University of Goiás on the historical relationship between science and literature, with a focus on eusocial insects. She works with the mentorship programmes run by Writivism and Short Story Day Africa, both of which promote writing in Africa. Her interests lie in colonialism, historically and in the lasting impact that it has had on the continent of Africa and beyond. She is particularly concerned with the quiet lives of the everyday people who have been mostly forgotten by the politicians, big businesses and the rest of the world. In this way, she strives to give the ordinary a voice that can be heard and appreciated. Jennings was a Miles Morland Foundation Scholar while writing this book.

Karen Jennings’ recent novel, An Island, longlisted for the 2021 Booker Prize, is a telling allegory of postcolonialism focused on the turbulent history of an unnamed African country. Rooted in loss, political upheaval, history, and identity, the novel creates a complex balance between the tense claustrophobia of the island and the protagonist's compelling backstory. In conversation with Vangmayi Parakala, Jennings discusses the toxic discourse around asylum seekers and explores the unraveling of guilt and fear, friendship and rejection, and the meaning of home.