Who Rules the World? Noam Chomsky in conversation with Sreenivasan Jain

Who Rules the World? Noam Chomsky in conversation with Sreenivasan Jain

Who really rules the world? The answer has to be the legendary Noam Chomsky, who at ninety-two, is still shaping our understanding of the erosion of democracy and modern day imperial powers. In this fascinating session on #JaipurLiteratureFestival2021 with NDTV Group Managing Editor and Reality Check host Sreenivasan Jain, Professor Chomsky discusses the global “drift into authoritarianism”, post-Trump America, and more.

The session opens with the riveting question of what it’s like to wake up in America in the “aftermath” of Trump. The world hasn’t seen the last of him, Professor Chomsky points out - but the storming of the United States Capitol on January 6th was a turning point. It was then that corporate figures who essentially control the party “almost unanimously” gave him marching orders. Chomsky goes so far as to suggest the possibility of Trump setting an alternative government in the face of this reaction. He goes on to detail that it will perhaps be presented to his voter-base as the real government that is distinct from the “fake media.” Jain questions if Trump really can still pose a tangible threat to American democracy, seeing as he is no longer in power. But Chomsky insists this democracy had “serious problems” even before his presidency.

This raises wider questions about the state of democracy, which appears to be as much in danger from white supremacists in the United States. Chomsky delves into the “neoliberal assault” of the last few decades, explaining how inequality and authoritarianism appear to be inextricably linked. He mentions an example from a study by the RAND Corporation - according to this investigation; the real wages of male workers have declined drastically over the last 40 years. Most terrifyingly, however, is the estimate that the transfer of wealth from the lower 90% of the population to a fraction of the top 1% has been about 50 trillion dollars!

How can we push back against a radical majority, against populist regimes? Professor Chomsky refers to his idea of the crises in India – which he views as a dismantling of secularism and Sreenivasan moves on to use of the ‘identity card’ in the attempt towards dominion and Professor Chomsky says the main ‘identity politics in the United States is white supremacy”.

So how do we fight this? Professor Chomsky believes in a progressive increase in activism and education. When popular forces are pressing very hard, which takes “dedication”, social reform is possible. He even uses the Indian Independence movement as an example of this. Jain’s closing questions open a conversation about looking forward. Chomsky puts it clearly: “Now, on that, there’s no point being optimistic or pessimistic. The point is to face the challenges, take the opportunities, get to work and overcome the problems. It can be done - and optimism says yes, let’s do it.” The good news, according to him, is us - the popular forces and increasingly engaged public. For every issue on Chomsky’s wish-list for a better world, whether it is the looming environmental crisis or the threat of nuclear warfare, there are feasible answers within our reach.

The session closes with some more personal questions. Jain asks Professor Chomsky how he remains so deeply engaged with politics at his age, and what a day in his life looks like. His answers are, as always, spirited and inspiring. He says, “You have two choices. You can decide to give up and help ensure that the worst will happen or you can stay engaged, active to the best of your capacities, maybe you’ll help it make a better world. That's not much of a choice.” 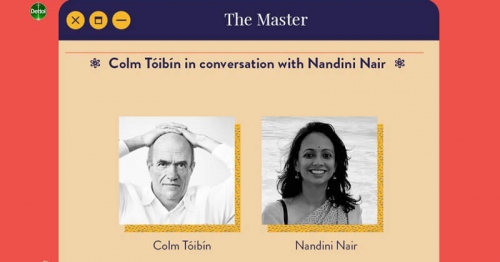 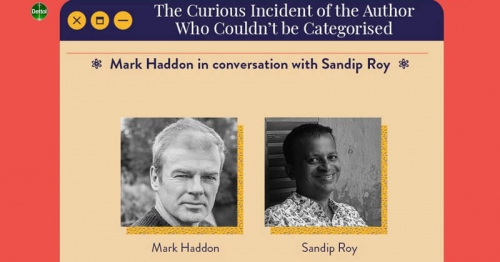