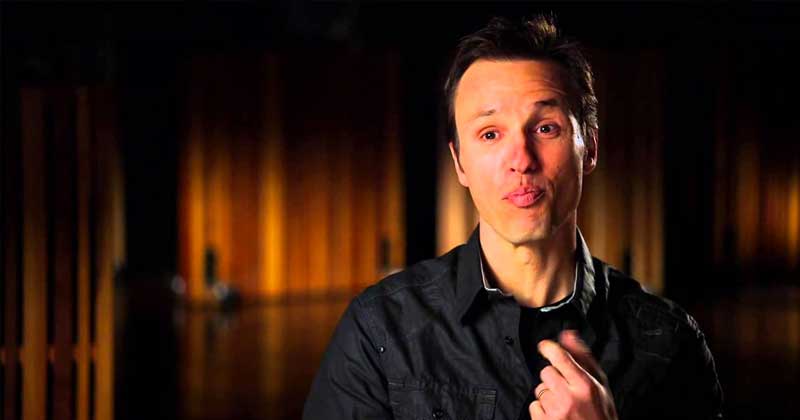 Markus Zusak imagines interviews as conversations in a kitchen (his favourite room in the house), and likens finding the voice of his novel to hitting the right note while singing in the bathroom. Before allowing me a glimpse into his mind palace, he meets me warmly, with the playfulness and humility of someone seeminglyunaware of his status as internationally-acclaimed novelist.

I ask Zusak what he considers important but isn’t asked about enough in interviews.That he values mischief hardly comes as a surprise: “Every book has to have an element of mischief to work in a way; at least for me to read it and love it, and write it and love it. The mischief in The Book Thief could be the idea of having death as narrator, or a mischievous character like Rudy Steiner, or even just a turn of phrase.”

He shares the anecdote of an acquaintance, whose favourite words from Bridge of Clay were ‘hurtly’ and ‘straightly.’ “I recognise she liked the mischief where Matthew says, ‘I smiled, but hurtly.’ It’s not the correct usage of the word. Looking for things that are incongruous, or shouldn’t work but they do – I hope every book I write has that element of mischief. That gives it a little bit of fun even if it’s on a serious topic.”

The Australian author admits he writes books that he feels “incapable of writing.” Yet no book is easy to write at the onset. Although he finds himself plagued by self-doubt when the writing doesn’t bloom, he also discovers a calming sage realisation in quieter moments: “It’s not working because you are making it hard for yourself. And that’s how it should be. You are trying to write a book that no one else can write. It doesn’t have to be better than anyone else’s. You are trying to step into different territory and that’s hard.”

Zusak finds an analogy for this challenge in the act of travelling in a country where you don’t speak the language. “You are trying to learn a new language when you are writing a book. It’s a language you can’t speak yet. Even though you are writing in English, there’s that language under the language, which is how you feel when you read the book. Trying to find it is the hard part but it’s also the beautiful part, and not just when it starts to work but also in its pursuit.”

Until 2005, Zusak could conduct his mischievous experiments with writing without caring much about the reception of his work. Once The Book Thief became a bestseller, that changed forever. While he had published five novels over six years, his next book, Bridge of Clay, took 13 years in writing. “I thought it was my best idea ever, so I couldn’t write it for a long time.” It’s not hard to imagine that the experience tested his emotional fortitude. But he came out stronger: “The one thing I learnt was just that I am willing to see things through, that no matter how low you think you have fallen and that you can’t see a way out, there’s still a way out. And usually that way is to just stop taking yourself absolutely seriously. Roll your sleeves up and do the work and be willing to laugh again.”

Zusak experienced another “slight but big” change: “I realised I loved writing more than I had thought I could, when I didn’t think I had that love to give: that’s what Bridge of Clay taught me.”