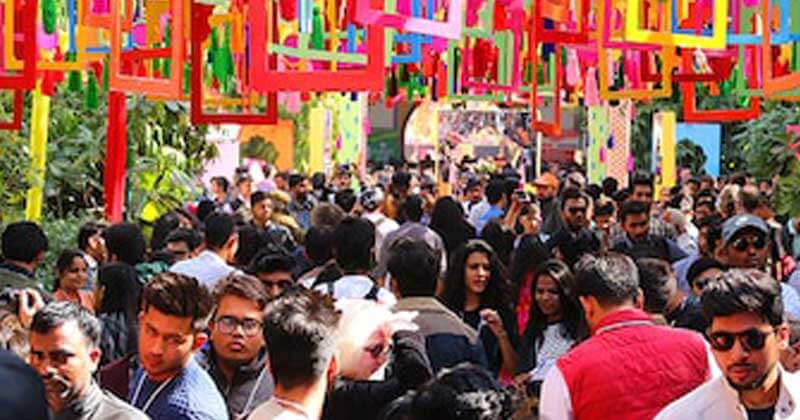 The five days of the ZEE Jaipur Literature Festival bring together a galaxy of thinkers, authors and poets, introducing their ideas to the world. And it is only fitting that the Festival ends with a panel as large and diverse as the one at the Final Debate, the motion for which was: Social Media has Divided Society. Speakers made opening statements, followed by a discussion moderated by Indian journalist Sonia Singh.

Speaking against the motion, Siddharth Varadarajan from The Wire said that “social media is but a medium of expression, and the medium does not divide society.” He said, “It is important to distinguish between the people who use it as a medium of communication and those who use it as a method of division.” In conclusion, he remarked that social media “has its positives too,” urging the audience to “ use social media in a creative and constructive manner.”

The first speaker from the other side of the house was John Lanchester, who said that while he agreed that “social media is not the first platform which is being used to spread hate, it is giving a new megaphone to hateful people.” He said that social media algorithms can be used to amplify this kind of messaging, stating that “it (algorithms) is targeted and designed to exploit what it knows about your specific interests and your specific vulnerabilities.”

“People say I am a great unifier on social media, I unify all the haters,” said journalist Rana Ayyub. Despite having faced abuse and trolling on social media, she spoke against the motion. She said that hatred and division “existed even before the advent of social media”. “Social media shows a reflection of what society already is.” As an independent journalist, she also added that “social media amplifies the voices of journalists like me.”

Another female journalist who has frequently been at the receiving end of hatred on social media, Faye D’Souza, chose to speak for the motion. She said that “social media puts the crazy voices in our head on a speaker phone.” She also thought that people’s views were now more extreme, and that social media had “taken away the nuance of our opinion,” as there was a tendency to oscillate between the extremes of any issue.
A new angle to this debate was introduced by mathematician and author Marcus du Sautoy. “Division among people had already been there, but what is really divisive is AI bots,” he said, giving the example of a Twitter poll he had posted, on which a majority of voters were actually bots. To add another point against the motion, he quipped, “we must not lose sight of the positive impact of it, reflected in the manner in which it connects communities.”

Academician Makarand Paranjape proposed a thesis to support the motion: “Social media unites us in our addiction and divides us in our convictions.” He said that it was an addiction that must be resisted. “The worst of an individual can surface under a fake screen.” He also urged people to “humanise social media interactions”.

Indian journalist Nilanjana Roy warned of the disruptive force that social media was and the rampant misuse of information that happened through it. “It is 3.5 billion brains hooked to the screen. Social media takes up the thing that is most important to us– our time.” This, she said, was what made profits out of “using our attention as the most viable currency”. To this, Sonia Singh added, “social media is a politicised, weaponised space, and the elite are often at the controlling end of it.”  John Lanchester concluded by saying, “this stuff is new, it’s powerful.”

Rana Ayyub served the audience with a powerful reminder of the #Metoo revolution against sexual predators, that happened through social media. To add to this, she said that “it democratises information”. In a final voice-vote conducted by Festival Producer Sanjoy K. Roy for the audience, it was concluded that the side against the motion had won. The fiery session then ended with some soul-thumping Rajasthani beats. 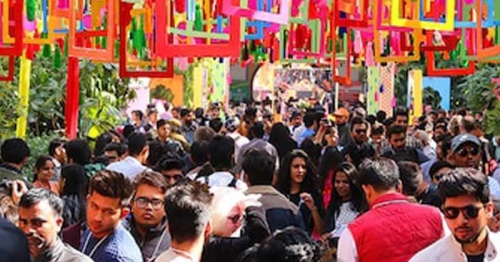 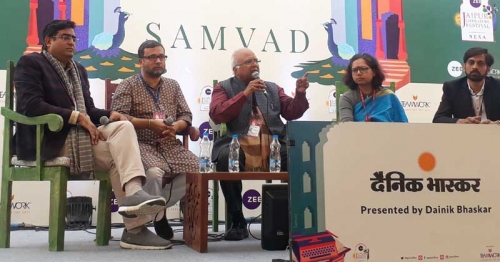 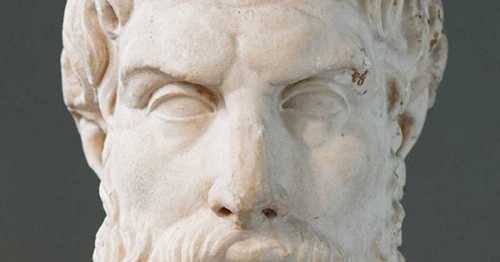 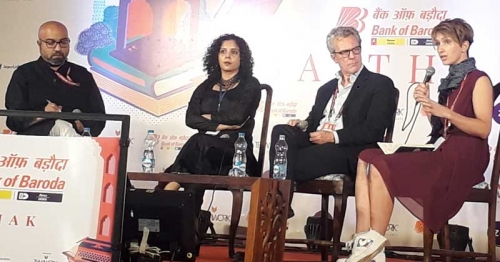